This is a kiss. 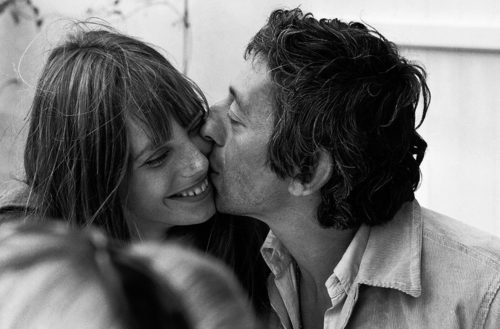 I love a nose. That nose is great. Noses are an easy way to describe a face - as you draw in the middle, u follow out the rest. It’s harder to write eyes - we tend to drop into cliches, or get sentimental about what’s happening in the inside. It is strange tho … that you can see inside people’s eyes, inside.

Anyway, this is a nose. 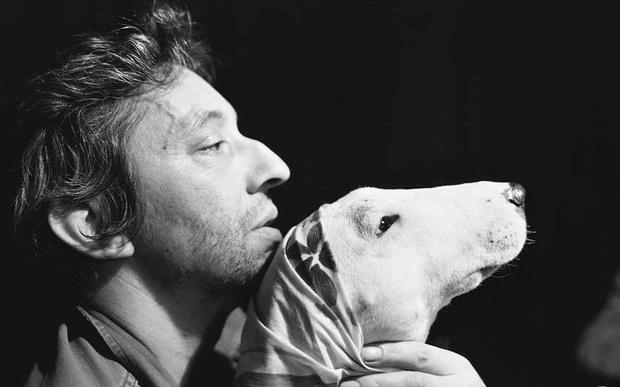 That kiss and that nose made this Charlotte. 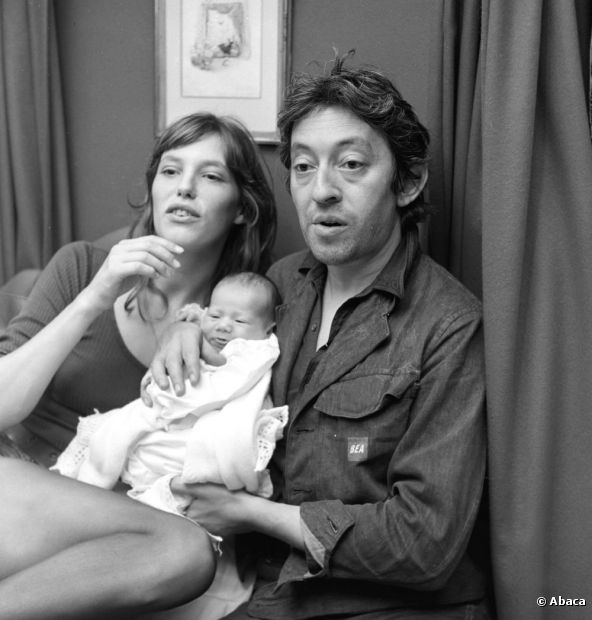 She grew up and smoked. 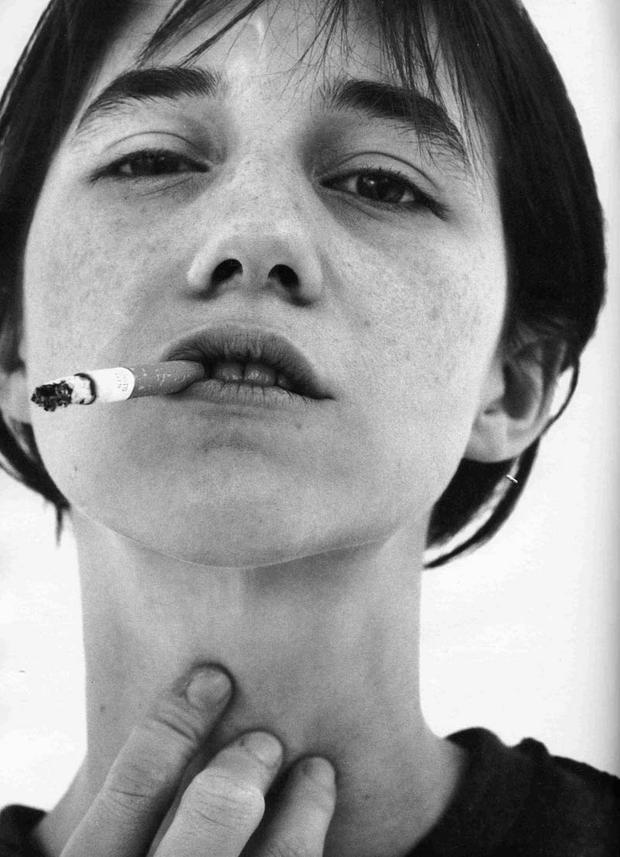 Her parents sang this song together. 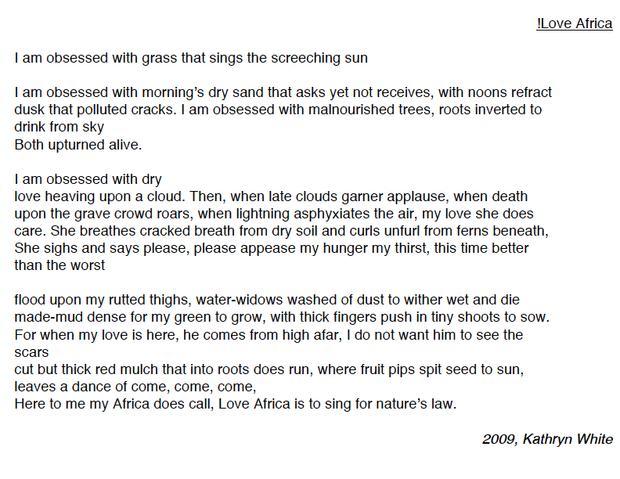 I write a type of magic realism, though I hate that term. Because it’s not magic. It’s real. If I write it and make it real, then you can’t apply the “but that can’t actually happen” because none of fiction happened anyway….

I like this very, very much. And what a scream. Not often that anyone gets to scream like this. Insert tags: Primal Scream Therapy; John Lennon. If we were playing word association, I’d go Annie Liebowitz; Queen Elizabeth.

Hahaha. That’s what you learn when you go to ad school. How to make links. 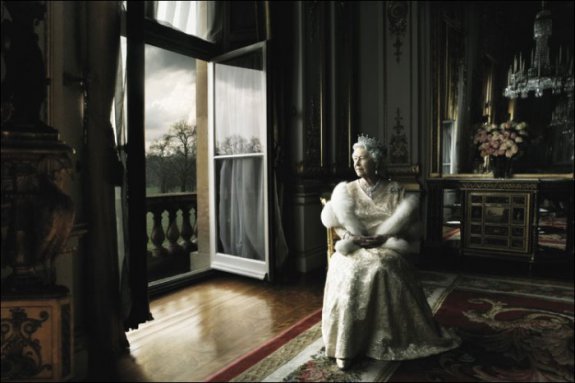 THE QUEEN & A WINDOW (AKA ENGLAND) (note how she’s right of the 1/2 line. nice work Annie) 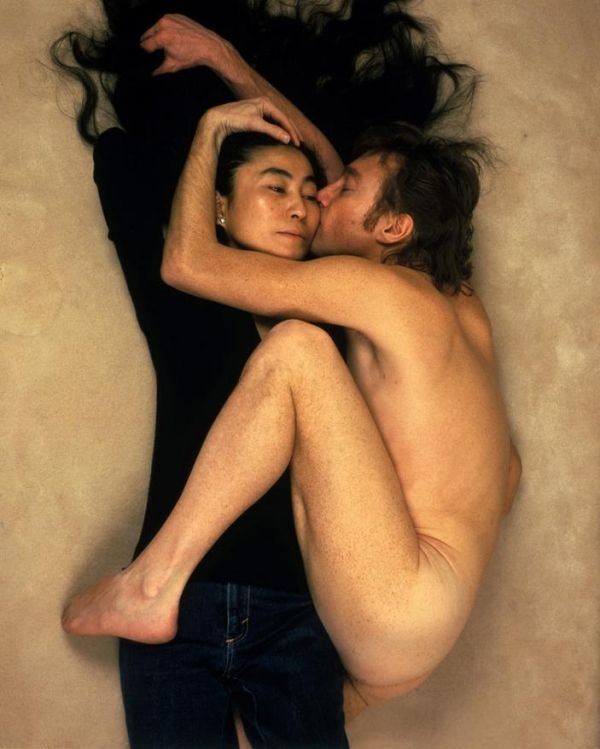 God. It still gets me … He’s murdered seven hours later.

It’s all food, food, food at the moment. A friend and I tried out a menu of cucumber soup, croque monsiers in a muffin tin, peri peri prawns with duck fat chips and choc torte.

My cucumber soup - left for two days to develop - was killed (and by that I mean assassinated) by a clove of fresh garlic I added at the very end … Patience would have served it better. Garlic so strong your eyes watered. Also, the torte separated! I have never seen this before - always being rather smug at how easy it is to make. After spoon beating I pulled out the braun, sending choc blobs all over the kitchen. I did save it, but now I know … how much fat there is in torte. Rather like when you reheat that creamy pasta ….

This weekend I am making salads for 80 - a riverside wedding in the Northern Cape, salads to accompany suckling pig and lamb on the spit. Someone is making pot bread. I have the church kitchen and a team of 5 :) An away weekend with lots of friends, new people, a crumby hotel and lots of music to dance to. Also, I’ve been sampling teas and tea menus - hello spring - and dreaming of mountain walks.

I still haven’t got to the rabbit and or the inspired recipe for a highly contrived umami burger, but the food book is still on its way, some way, some time, some where. Will definitely add the torte experience in. Rumblings of that lit fiction voice are rising higher - possibly to the top? - but I am not pushing it. There’s an inspiration of sorts, a muse, but along the sides and until face-to-face I stand still, breathing through this murmur.

Also, wrote an essay called The Beheading of Anne Boleyn, in Four Movements (The Tudors TV, movie and book The Other Boleyn Girl and Bring up the Bodies). My Tudor stage is now over ( I think). I was saturated in court dramas - it is a most satisfying story - hinging on her final speech. I might move on to Elizabeth. Tho, I am planning on focusing on SA history for a while, most notably the (devastating) transcripts from the TRC… Going to need a lot of tea and rusks to get through that. 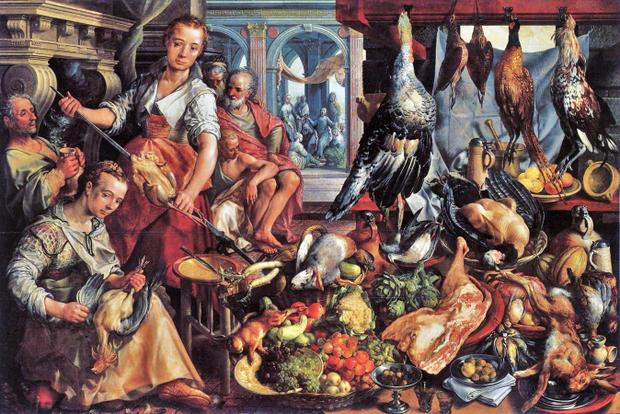 Daughter of a Witch

This is a Swedish Witch’s Daughter. 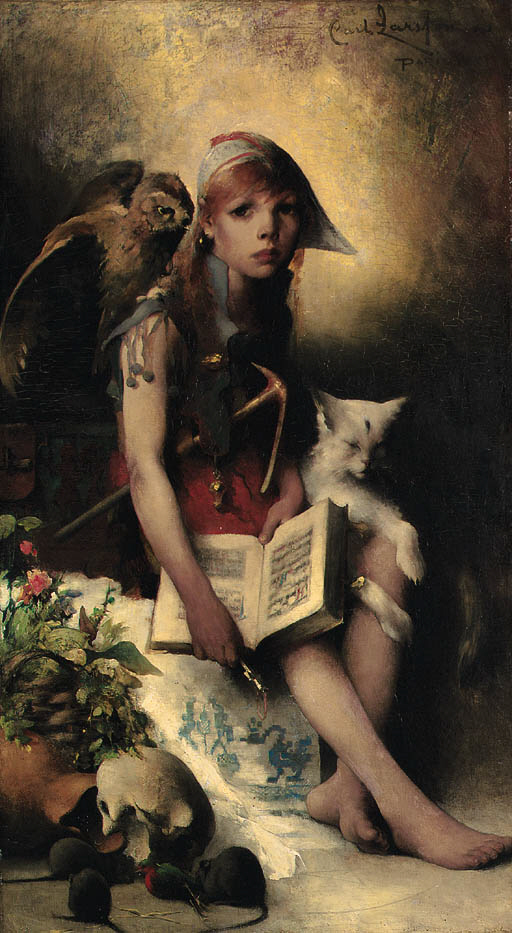 Bartholomew placed the paintbrush down and picked up his cup of whiskey. Outside the light bled across the damp landscape. He could hear Beth in the kitchen, moving pots and pans, the kitten mewing between the debris on the floor.

It was half past four and he wondered why she was getting supper ready so early, then remembered that there was no electricity and that they would need to eat and cook and bed before sundown. There would be snow that evening, he hoped, and Bart and Beth would watch it fall from beneath blankets. A skylight slanted above them: each flake an individual for just a nanosecond then melting to slush, joining forces with each and every other ice star out there.

They ate lamb chops and fried spinach. After supper, they sat on the damp couch, fragmented in the broken flicker of the candle flame. She murmured into his shoulder, then for some reason, began to cry. He comforted her and after a while – when it was polite and when he could take it no more – patted her on the shoulder and stood to go to bed. The little cat jumped onto the carpet, then took its claws and racked them through the arm of the suede couch. Beth swore violently and the cat yelped when hit.

He woke up in the morning and stamped his feet to get the blood to the blue tips of his toes. The linoleum oozed with cold sweat, an internal sea of dew that beaded as the morning temperature rose.

There, in the middle of the kitchen, between a box of newspaper-wrapped dishes, was the kitten. Its legs froze out and its mouth stopped in frozen mew.

He leant over very slowly to prod it, as if the kitten would bite him if he moved too fast. Prod, prod. The mouth stayed open in bleat: a pink hole ringed in tiny shark teeth.

The dress was beautiful, but I can’t buy vintage. I turned to Kate. “I can’t buy it. There’s bound to be a dead person trapped in this, this …” I tucked the delicate chiffon neckline back into the collar of the garment. Outside polluted, violet winter of the dry city. In the dress, a garden verdant. Dense drone of bees that randomly choose individuals: lacerated skin like the skein of pattern over the bust.

The lady lived on the seventh level of an art deco apartment block, gone to ruin. Too, the cut menace of lines on her face. Her smile stitched up. I handed her the dress. She took and it said, “Come back on Tuesday.” I don’t like Tuesdays, but I agreed.

On Tuesday I visited her and she said the dress was clean. It was. Just one time, only one time, at a garden party when Mike leant over and grabbed Chessie, and pulled her from a smock of bees that laced over a clover patch and said, “Cheska, come” and the waist binding tighter on my hot skin.

Brilliant comes from the word to shine, and it’s well used for diamonds. A cut. Today the trees turn silver green as they die. And the sky above cuts with brilliance. Even the hadedas have turned a steel shiver, knifing beaks to wound earth. A lone cat lopes through the garden, white stomach swinging as he trots across. An open window rattles with wind. Inside he goes and is gone. The hadeda continues; the white ibis has left town already. Yesterday at a rooftop bar, crescent moon and the V of the departing crowd, streaming upstairs to Africa’s long field of summer.

I stopped eating eggs once. For quite a while. Then they got all organic and free range and from the farm. I wasn’t entirely conscious of this - I was a teenager and then into my early 20s and the vernacular at the time was “global village” not “organic lifestyle”. I just started eating them again, and liking them.

Then in my early 20s, the chicken. Using my fingers to pull out fatty deposits under the wings. Or rubbing the breast between my fingers to see where the striations were - why didn’t it feather out? Or peering in dismay as a roast chicken leaked out so much water that it bubbled in the bottom of the pan. I even wrote tirades of how “wrong” chicken seemed. Then the “organic living” movement. And, embarrassingly (as I think my mom might have bleated this info to me) I realised I had been eating .. bad chicken. Not bad, as in the rooster that chases the hens until they are so exhausted they leave the farm (true story). Bad as in gross.

And so - to salmon. From my fishmonger - the same one that a lot of Joburg people use. I used it to make the ottolenghi spicy salmon dish. I felt like there was something wrong. But, you’re not allowed to mock your own food at a dinner party. No one believes you, or it makes people uncomfortable. When I made it again - sans dinner party distractions - I concentrated. When I lifted it from the oven pan, I noticed a rubbery mass - a slightly browned glob. Fat. I poked around the other pieces. More. Not marbled. Glubs of it.

This from a person who orders a sheet of crackling to go with the roast pork and crackling. Obv the fish was farmed, and I didn’t ask. But the problem with salmon - really - is that it has to SWIM upstream. So really I guess, u can only eat wild? And I don’t know who to trust any more. The whole thing about swimming upstream is that the meat is oxygenated. Its exertion, its pumping blood is what makes the muscle nicer and the meat tastier. It’s almost like without its fate - swimming to its death - it doesn’t taste like it should. Its true calling* - i.e. my stomach - has been mired.

So. No more salmon until the food-auditors get on this. Luckily I can’t eat cheap sushi anymore. Unluckily, my sushi flavour kicks are now gotten (yes gotten) at a proper Japanese restaurant and it’s way way expensive.

PS - I haven’t even got into the bacteria of farmed sushi. It’ll turn your stomach into two. And is te reason why pregnant women shouldn’t risk sushi. er, cos it’s like poison.

So, some of things I do know, the small stuff. Manners. Use them.

I decided I wanted to study. Quite suddenly. I looked up the Fine Arts and the School of Arts courses. They seemed like fun. My aim: to create texts that are supported by installations. Installations can include museum pieces, painting, photos by other photographers, anything really. And I’ve figured that any type of writing that supports this, is writing.

Really tho, I want the libraries. U may or may not know (but of course you don’t) that I have been trying to move to Bathurst, for a few months, for a few years. To get to the Rhodes library. I then noticed the creative writing course. But apparently you have to sit around in a circle and discuss each others work. No, definitely no to that.

THEN I noticed the history course. The Honours curriculum, to be exact.

So I am …. an occasional student. Doing my Honours, without a BA. I am only allowed four books a week. I shall not write a 25 000 word dissertation this year. But this has given me what I want: the libraries and access to all-ll the journals I can possibly lay my hands on. And access to brains - lots and lots of new people who are specialised in a way that I am completely ignorant.

I have been writing my first critical essay - positivism, relativism and historical objectivity. And, thankfully, I know some of it. It seems researching your own novels and making notes and doing self study has paid off. My last book was mostly about anamnesis - the very first page titled On Certainty.

So far, my essay style is far too tonal, possibly chatty. But I’ll clean this up as I get the hang of it. Now, to see what my marks are like. And to get feedback on how precise you need to be in a 5000 word piece. Likely, much more precise than I am, or ever will be, said the novelist to the historian.